if you do not have permission to install software, you can download the portable version
Chrome | Firefox 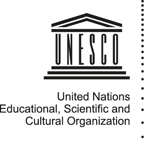 A space where indigenous youth can have a voice

Of the estimated 370 million indigenous people in the world, around two thirds live in Asia-Pacific. Indigenous peoples account for about five percent of the global population and almost 15 percent of the world’s poor. Even using conservative estimates there are well over 1,000 distinct ethnic groups in Asia, each with its own language, history, customs and social norms.

Indigenous youth are just like all of the other young people in our region: facing a time of key life transitions, uncertainty about the future and increasing personal freedom. In addition to navigating these new aspects of life, young people from indigenous communities face a range of unique social and cultural challenges

Moving forward and enabling young people to speak with their own identity and voice is critical in developing solutions that work for them. There are some existing platforms for indigenous young people such as Asia Young Indigenous Peoples Network (AYIPN) http://asiayoungip.net/about-us/, but there is a lack of an on-going mechanisms that enables young people to come together, to access capacity building needed to strengthen their skills and support their action to address issues on their own terms and in ways that works for their community.

To find out more about what UNESCO and its partners are doing to empower indigenous youth in Asia-Pacific, please go to the following link:https://www.facebook.com/Asia-Indigenous-Youth-Platform-AIYP-445811015981073/

To learn more information about International Day of World's Indigenous Peoples and the International Year of Indigneous Languages, please follow this link: https://en.iyil2019.org/